Add to wishlist
Have you played most of the warlike games on the market? Maybe you are a little tired of titles such as... Have you played most of the warlike games on the market? Maybe you are a little tired of titles such as Call of Duty or Battlefield? Well, it’s time to discover a new franchise and take a deep breath of fresh air.

The most incredible experience for shooter games is multiplayer modes. Thanks to this, you can share amazing moments with your friends or comrades and reach legendary victories.

In this regard, Insurgency: Sandstorm offers you a huge variety of multiplayer modes, each of them more interesting than the previous one.

You can enjoy several ways of facing an enemy or the opposite team, fighting for the control of certain zones, or getting the major number of kills. Now let’s start with the Insurgency: Sandstorm.

What Is Insurgency: Sandstorm? Insurgency: Sandstorm is a tactical FPS and a team-based video game that focuses on lethal close-quarters combat and objective-oriented multiplayer modes.

Sandstorm offers modern combat where skill is rewarded, and teamwork wins the conflict in the middle of battle.

In general, Sandstorm brings an intense fictional contemporary conflict where war-torn environments are full of dangers and enemies. The game creates an intense atmosphere, putting the horror into realistic combat. Insurgency: Sandstorm does not pay special attention to its plot, although it is worth mentioning briefly.

The game takes place in an unnamed region of the Middle East, where two factions are in conflict: “Insurgents” made up of paramilitary groups and “Security,” based on various world militaries.

Beyond this, Insurgency: Sandstorm focuses on the experience of battle, and a deeper plot is not necessary. Insurgency: Sandstorm has objective-oriented multiplayer gameplay. This is very realistic, keeping special attention to slow movements and tactical strategy with moments of intensity. Also, it has an emphasis on teamwork.

In this opportunity, you can customize your character through outfits and cosmetics. The game also includes a player progression system, in addition to larger maps and drivable technicals.

Like its predecessors, most game modes do not include instant respawns. When you die in battle, you must wait for your team to complete an objective to respawn.

Besides, you can improve and modify your weapons with attachments such as laser sights, muzzle, suppressors, weapons sights, bipods, foregrips, etc. You can also change your armor and carrier, which affects your available ammunition and survivability.

In the context of battle, an Insurgent can call a drone strike, a rocket artillery, or an IED drone to attack enemies. On the other hand, Security might call for close air support to attack visible enemies in a circle area. At RoyalCDKeys, we believe that gamers should have the right to get any Origin Key, Steam CD key, or codes of other platforms without spending a fortune. Thus, we are working hard to guarantee the best prices among third-party sellers.

What is more, our loyal customers receive regular discount codes. This way, you can enjoy the best deals regarding your favorite titles. Compared to the prices in the official stores, this feels like getting virtually a free game!

To activate Insurgency Sandstorm, please just follow the instructions we leave below. 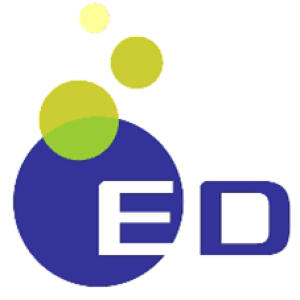 I really enjoyed this title, although it isn’t your simple gaming experience. You need some skill to get over the hoops that developers prepared for you. For me, it was all worth it as it made the whole experience even more fun to enjoy. It was, in some ways, a bit toxic environment, but in the end - I had a lot of fun playing this game and can safely say that it is worth recommending. There is a lot of fun customizables and the shooting is really realistic as well! Very nice title!

If counter strike would be released today it would be this game. So yah, it’s cool, I guess. Probably not the most wonderful stuff you’ll ever seen but it’s a solid game and it’s saying much in this climate. It is really fun to play, especially if you have a pack of friends to play with. I enjoyed it a lot and got hooked on it for a bit. It isn’t the best game you’ll play this year, but it’s a game you’ll play, instead of just putting it on the shelf all the time for a good time, so you know - get it on!

If you want to check out some tactical shooting that is similar to Counter Strike and isn’t a plain and simple copy - Insurgency is your guy. I’ve had a lot of fond memories of it and never thought that some day I’d betray the 1.6 community, but here we are. And I am not ashamed of it. It is a really good game, with great shooting mechanics and even better tactical elements. It’ll probably take some time for you to get acquainted with everything, but I feel like it really isn’t as hard entry as it was back in the day for CS. Worth playing overall. 10/10!

The king is back! The metaphorical king of course. This game is probably one of the most satisfying games I’ve played since Counter Strike 1.6. Maybe because it really is a counter strike clone in more modern environment and with better graphics. It’s one of my favorite games to this day and the whole series is really satisfying to play. Like, in CS you had a lot of stuff going on, that’s true, but the most important thing was that shooting felt like shooting. Here - it’s even better. It’s not your Cod velvet pif paf or something it’s a raw metal with gun powder in it, of course it’s heavy. Also - it’s really fun to play with friends. I’m probably not the best person to ask, but I’ve greatly enjoyed how it turned out to be. Even though, it was probably not my favorite installment. Although, 14 vs 14 tactical shooter felt really great in my hands. Can recommend!